There are plenty of movies about aircraft and plenty more which feature an aircraft in a prominent role. Some of these aircraft scenes are computer-generated these days, but there are plenty that are not. We take a look here at some of the best examples of real aircraft used in movies over the years. This is by no means exhaustive – feel free to share examples of more in the comments.

The James Bond film Casino Royale featured a repainted and modified ex-BA 747 (this is a model of the aircraft used). Photo: Morio via Wikimedia

Let’s start with a movie starring a plane – and all about a plane. The 1997 movie Air Force One stars Harrison Ford as the US President involved in a hijack onboard this most famous aircraft. To re-create the iconic Boeing 747-200 used as Air Force One, producers hired a real cargo Boeing 747-100 from charter cargo airline American International Airways (this was registration N703CK). It was repainted in Air Force One livery and used for external and in-air filming.

The stunt sequences we see the aircraft performing are real. According to Air & Space Magazine, one of the most dangerous (the scene where the aircraft veers off the runway to almost collide with another aircraft) was filmed at half speed to appear faster than it was. Air Force One is an instantly recognized VIP aircraft – recreated for the movie. Photo: Getty Images

This World War II movie released in 1990 tells the story of the crew and final mission of a  Boeing B-17 Flying Fortress bomber.

Five B-17s were used during the movie’s filming – out of only eight in airworthy condition at the time. One of these was unfortunately lost in a crash during filming. Aircraft were modified to resemble the original Memphis Belle, an early B-17 model, with chin turrets removed and older rear gun positions fitted. 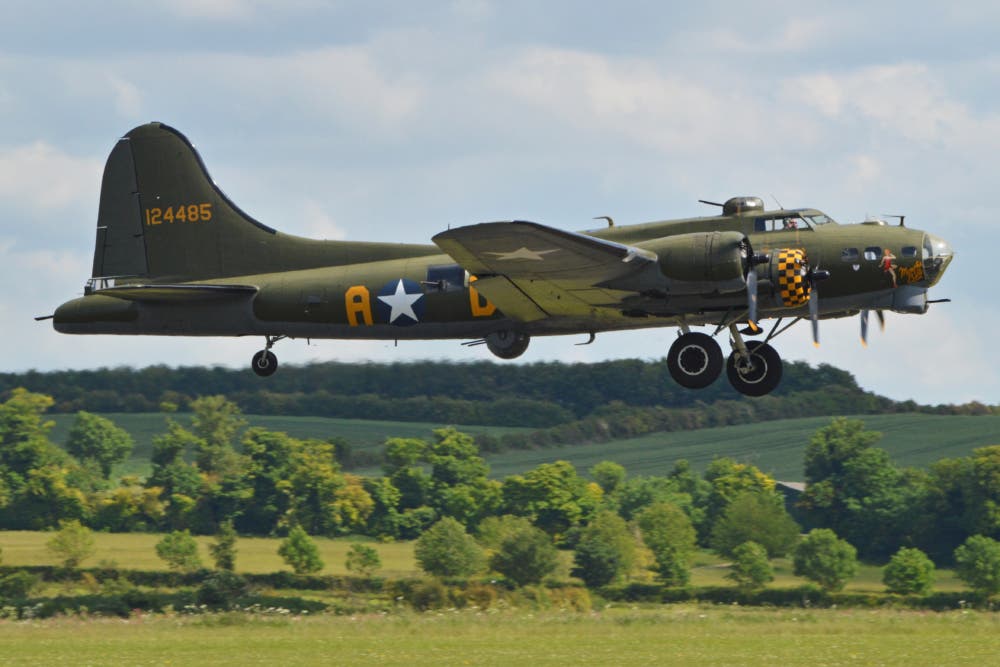 UK-based Sally B is the only active B-17 outside the US. It was painted in olive green during filming to represent Memphis Belle. Photo: Alan Wilson via Wikimedia

Looking at a more recent movie, Tenet was one of the biggest releases of 2020. It has one scene where a 747 crashes into an airport building and explodes. Whereas you may think this is computer-generated special effects, it is, in fact, a real crash. Producers realized it would be cheaper to buy an airframe and crash it for real rather than use miniatures or special effects. A sad reflection on the decline of the 747 for lovers of the time, but interesting nonetheless.

A hired cargo 747 was used for interiors and moving shots, and an old Cathay Pacific airframe was acquired from Victorville, California, for destruction.

Sully: Miracle On The Hudson

Certainly one of the most interesting recent aviation-related movies, Sully depicts the events and aftermath of the ‘Miracle on the Hudson’ incident in 2009, where an Airbus A320 landed on the Hudson River in New York.

The approach to filming the aircraft scenes was interesting. Recreating the Hudson landing was clearly never going to happen. Instead, director Clint Eastwood combined footage of the actual incident with studio footage, as described by The Hollywood Reporter. Two retired Airbus A320s were purchased and as used as static sets. The crash and rescue scenes were filmed on a lake at Univeral Studios and combined with ferry scenes shot on the Hudson. US Airways 1549 ditched in the Hudson with no loss of life in 2009 following multiple bird strikes. Photo: Getty Images

Sticking with James Bond, this film makes great use of a real Boeing 747. Part of the storyline features a new prototype aircraft launch of the Skyfleet S570 from the fictional aviation firm Skyfleet Aviation. This was created using a repainted Boeing 747. Some structural modifications were made, including twin inner engines and external fuel tanks in place of the outer two engines.

The aircraft used was an ex-British Airways Boeing 747-200, with registration G-BDXJ. It served for 22 years with British Airways and was sold in 2002 to European Aviation Air Charter and after to Air Atlanta Europe. It retired from flight service in 2005 and was bought by Aces High Limited for film use. The 747 remains at Dunsfold in the UK and has been used for several other productions and television adverts. Moving from James Bond to another spy series, there are several aircraft used in the Mission: Impossible film series. Rogue Nation features one of the most impressive scenes, where Tom Cruise is seen hanging on to an A400M aircraft in flight.

This was filmed using an A400M registration F-WWMZ, flying at a low level with plenty of harnesses and safety features. You can see the result in this clip:

We have to mention this movie as one of the top movies ever featuring aircraft in action. Active military F-14 aircraft were used for filming, both at ground locations and onboard the USS Enterprise aircraft carrier. The ‘enemy’ Mig-28 aircraft were depicted using Northrop F-5 aircraft.  A Learjet was used for some of the in-air filming.

The upcoming Top Gun: Maverick movie will feature the F-18 jet – again in active military use. According to screenrant.com, we will see Tom Cruise piloting some aircraft, including a P-51 Mustang (but not the F-18).

Interiors of real aircraft in movies

Although there is plenty of aircraft seen in moves, interior shots in real aircraft are unusual. Of course, built sets provide a much better filming environment and lighting.

But filming inside a real aircraft does provide a good marketing opportunity. British Airways and Virgin Atlantic have both featured in Bond movies (with Casino Royale and Quantum of Solace making the switch to Virgin Atlantic).

The 2018 movie Crazy Rich Asians is an interesting example of this as well. The film focuses on Singapore’s luxury lifestyle, and producers were keen to involve Singapore Airlines. However, the airline declined, as it was unsure at the time of the scale and angle of the movie. Instead of using real Singapore Airlines first class and suite interiors, the fictional airline Pacific Asean Airlines was created. 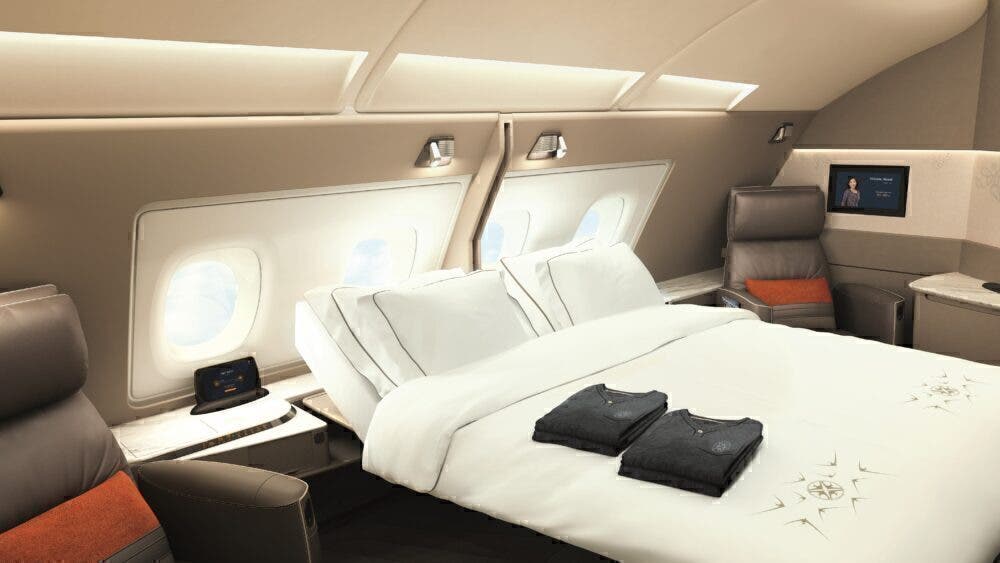 There are plenty more movies featuring aircraft – both commercial and military, and historical and current. This has just been a selection. Feel free to share and discuss more examples in the comments.