A Turkish Airline A330 found itself flying over Istanbul for four hours with a failed engine. TK42 departed for Johannesburg and found itself in trouble during the initial climb after the left engine emitted several loud noises and flames for a few seconds. The plane finally landed safely four hours and 25 minutes after departure.

The A330 found itself burning fuel for hours as it tried to reach a safe landing weight without dumping fuel. Photo: Vincenzo Pace | Simple Flying

TK42 departed Istanbul International Airport at 02:02 AM local time, 15 minutes behind its scheduled time. However, the 9-hour and 35-minute journey did not go to plan. Within minutes of taking off, the left side engine emitted several loud bangs followed by streaks of flames, alarming passengers onboard. Travelers on the left side even captured video of the incident.

The pilots quickly shut down the engine and made a sharp turn to return to Istanbul Airport. However, landing back was not as simple as it seemed. Since the A330-300 was fully loaded with fuel, the pilots had to reduce weight to land safely and prevent a hard landing. This resulted in the aircraft taking over 20 head-spinning circuits over the Black Sea to burn fuel. 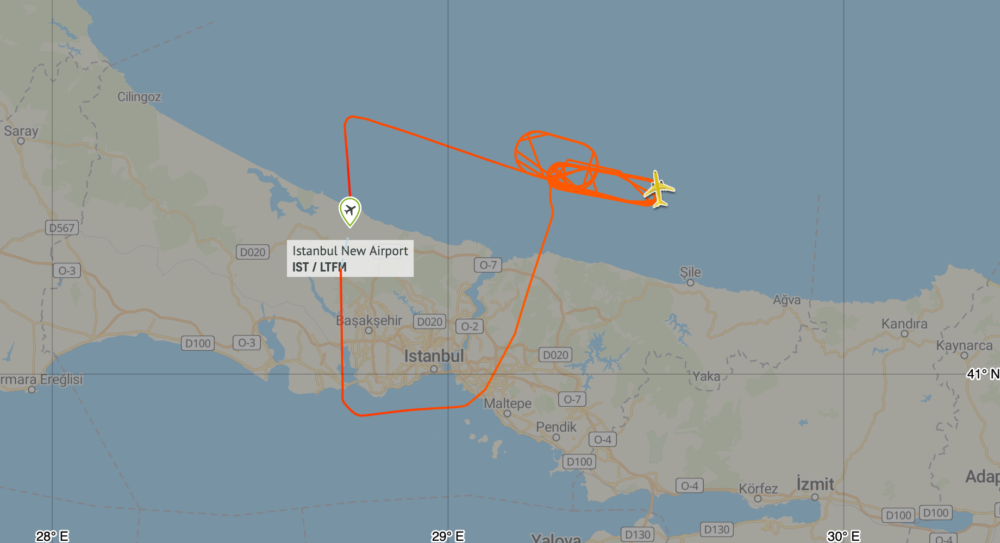 The aircraft spent four hours and 25 minutes in the air, much of which was just holding over the Black Sea. Map: RadarBox.com

The aircraft spent four hours in the holding pattern before landing in Istanbul at 06:28 local time. No one onboard was injured, and passengers had to wait five more hours before a replacement A330 could carry them to Johannesburg.

The pilots were quick to respond and announced that the aircraft was facing technical issues over the passenger announcement system. This likely helped calm nerves as travelers spent hours at the same spot.

In situations such as this, airlines usually opt to dump fuel. Fuel dumping is available in most long-haul aircraft and allows pilots to dump excess fuel using nozzles in the wings. However, A330 customers can choose whether or not to include a dumping mechanism since the aircraft can safely divert on a single engine.

Moreover, fuel dumps are reserved for time-pressing emergencies, such as medical or immediate safety, since they can have an impact on the ground too. Considering TK42 still had one working engine, burning fuel was a feasible choice. It’s unclear if Turkishs’ A333s include a fuel dumping system. 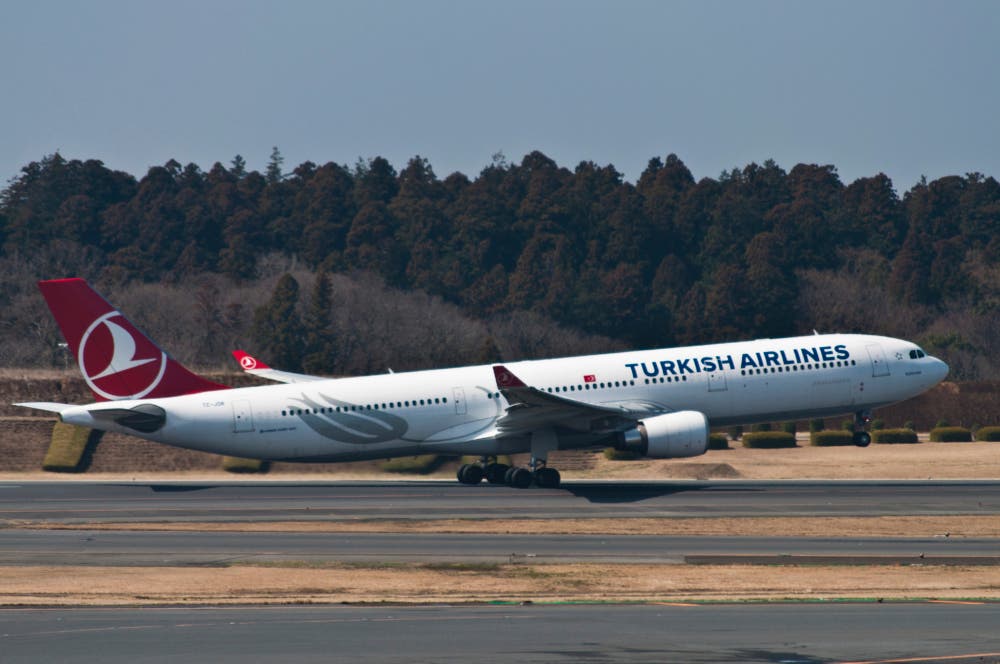 Airlines can choose whether or not to include fuel dumping systems depending on the A330’s missions profile. Photo: Chihaya Sta via Wikimedia Commons

The aircraft involved in the incident is registered TC-JOB (pictured above). The A330-300 joined the Turkish fleet in April 2014 and has served for over 7.5 years. The plane will now undergo an investigation and several checks to see what went wrong and what repairs must take place for airworthiness once again.

Expect to see TC-JOB out of action for a few months while this occurs. However, with 61 A330s in the fleet, Turkish Airlines has more than enough backup aircraft in the current demand environment.

Have you ever seen or experienced an emergency landing or fuel burn? Let us know in the comments.

Did you miss our previous article…
https://www.revlx.co/?p=328