Comair is a South African airline that operates various routes as a British Airways franchisee. Based out of Johannesburg, the airline also flies low-cost services under the Kulula brand. Its current fleet consists entirely of narrowbody jet aircraft, but this wasn’t always the case. Indeed, it has also flown a handful of French-Italian ATR turboprops over the years.

It has been more than 37 years since the ATR 42 series first took to the skies. Photo: ATR

According to data from ATDB.aero, Comair has operated a total of three ATR turboprops. Two of these were examples of the French-Italian manufacturer’s original ATR 42 series, which flew for the South African carrier in the mid to late 1990s. It acquired both of these 1992-built aircraft from Airlink in April 1995. Their registrations were ZS-NGF and ZS-NKW.

Both of these aircraft also left Comair at the same time, specifically in October 1997. Their tenure at the carrier lasted just two and a half years. The remainder of their service lives also panned out in a similar manner. Having returned to ATR, they re-entered active commercial service with Brazilian carrier Passaredo Linhas Aéreas in 1998 and 1999.

By the end of the decade, they had moved on once again, and began the new millennium at Venezuela‘s Santa Bárbara Airlines, known in short as SBA. This is where they saw out the end of their careers, eventually entering storage in Caracas in 2011. 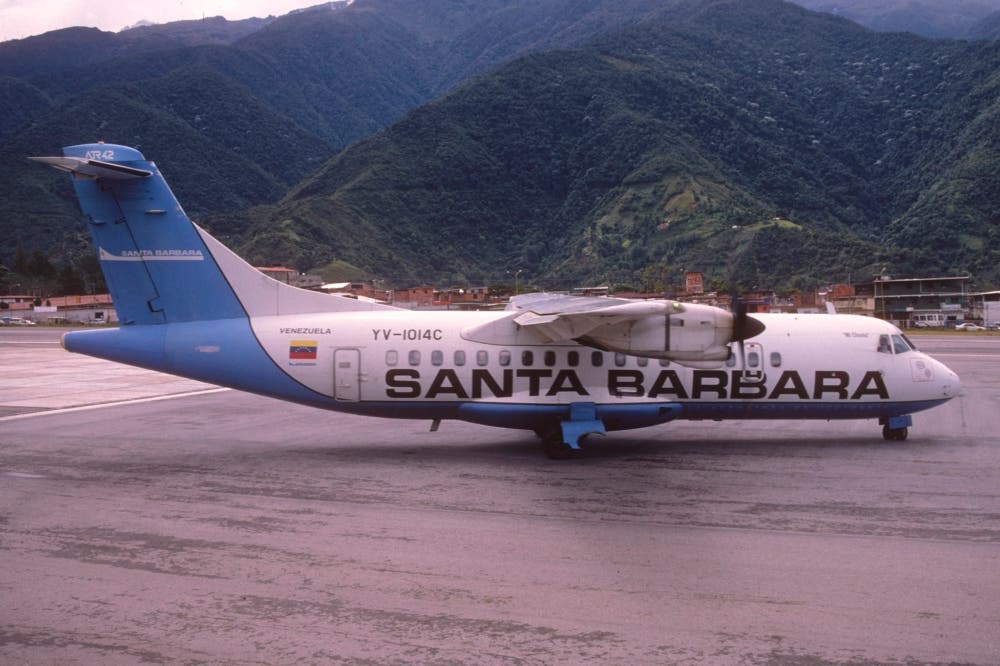 Both of Comair’s ATR 42s ended their careers with SBA Airlines in 2011. Photo: Aero Icarus via Flickr

Following an extensive hiatus, Comair resumed ATR turboprop operations approximately 10 years ago. Ironically enough, its third and final ATR plane, a larger 72-200 model, arrived at the airline at around the same time that its first two ATR 42s were placed into storage.

Registered as ZS-CXB, Comair’s only ATR 72 joined the South African British Airways franchisee in May 2011. Built in 1995, it had begun its career in New Zealand with Mount Cook Airlines, before flying for the likes of Delta Connection and Precision Air.

Its spell at Comair was a relatively short one, lasting just nine months until it left again in February 2012. It stayed in Africa after this, joining Senegal Airlines the following month. It remains active today, flying for Solenta Aviation Gabon as a freighter. RadarBox.com shows that its last flight took place on August 20th, when it traveled to Johannesburg.

The present-day Comair fleet is very uniform, and free of turboprops such as the ATR 42 and 72 series. According to data from ch-aviation.com, the South African BA franchisee has a 24-plane fleet consisting entirely of Boeing 737s. Of these, 19 are examples of the 737-800.

Comair also flies four 737-400s, although just one is currently active. These aging aircraft can’t have long left, given that their average age is 29.8 years old. As such, Comair’s future rests on the shoulders of the 737 MAX 8. It presently has one of these next-generation narrowbodies in its fleet, although this too is inactive. A further six MAX 8s are on order.

Did you know that Comair used to fly ATR turboprop aircraft? Perhaps you even flew on one yourself? Let us know your thoughts and experiences in the comments!