The Colombian low-cost carrier Viva is set to receive a new Airbus A320neo which has a stunning pink livery. The aircraft was recently spotted coming out of the paintshop in Toulouse, France. What else do we know about the airplane? Let’s investigate further.

This week, a new Viva A320neo rolled out of the paintshop in Toulouse. The aircraft has the serial number 10570, and has the Colombian registration HK-5378, according to ch-aviation’s database.

The A320neo has LEAP-1A26 engines manufactured by CFM International. It also has 188 seats, all in economy. Ch-aviation expects Airbus will deliver the plane before the end of this month.

The aircraft has a pink livery and the phrase “Go Pink”. It is not the first time that Viva has painted pink one of its planes, as it is trying to create awareness of breast cancer.

Several airlines worldwide hold similar initiatives each year. For instance, Qatar Airways had a special breast cancer awareness flight in 2020, while Allegiant Air donated over US$100,000 to support the mission of the National Breast Cancer Foundation.

In a statement sent to Simple Flying, the airline said,

“In Viva, we work towards diversity, inclusion, and gender parity. To achieve these goals we are ‘painting the skies pink’. We have a pink plane that flies with a message of life, equity, and empowerment.” 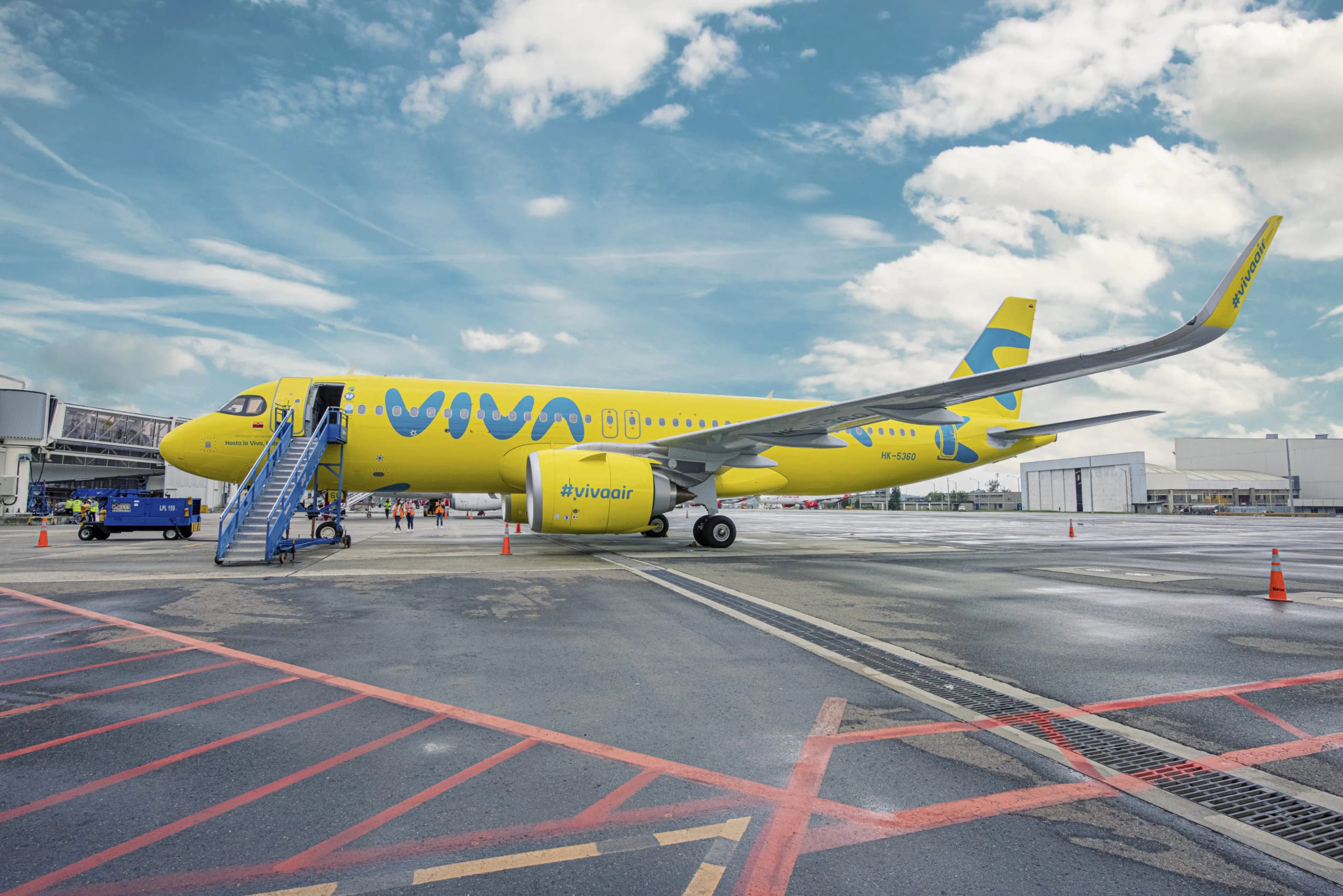 Viva’s fleet at the moment

Currently, Viva has a fleet of 22 aircraft, all A320 family-based, according to its website.  In 2020, despite the COVID-19 pandemic, the Colombian low-cost carrier incorporated the first four A320neos into its fleet.

By 2025, the low-cost carrier has an aggressive plan and wants to increase its fleet to 50 units.

Viva is currently benefitting from Avianca’s and LATAM’s Chapter 11 reorganizations. It has grown enough to become Colombia’s second-largest domestic carrier at the moment; it is in a fierce battle with LATAM for that spot. 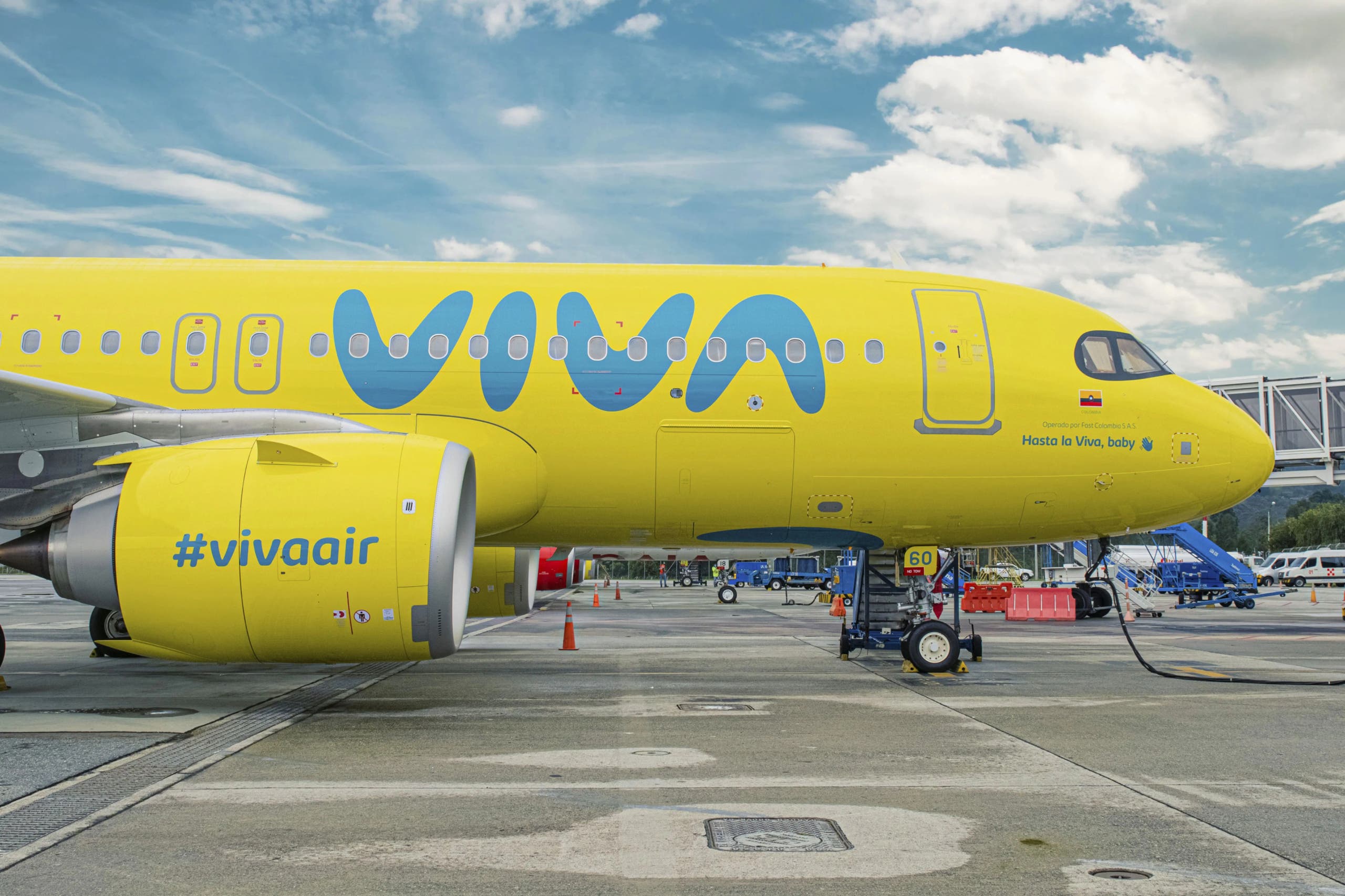 Viva wants to create a hub-and-spoke airport in Medellin, Colombia. Photo: VivaStay informed:Sign up for our daily and weekly aviation news digests.

In the last year, Viva has launched several new routes across Colombia and Latin America. The most interesting flights are the ones that connect Medellin with Mexico City, Cancun, and Orlando, as well as Bogota-Mexico City.

According to Cirium, Viva currently operates up to 741 flights per week. It has 34 active routes, including seven international. The airline flies these international routes:

The airline offers 5,220 seats per week.

Moreover, in the future, Viva wants to continue growing its international route map. The low-cost carrier is planning to connect directly to countries like Argentina, Brazil, Chile, and Costa Rica.

Viva aims to convert Medellin into a low-cost international hub across Latin America. The airline wants to connect the North and the South, offering low fares. Felix Antelo recently said to Simple Flying,

“You have airlines doing hub and spoke, but you don’t have low-cost airlines doing that. So being able to be able to fly on a low-cost ticket, paying $200 or $300, going from Lima to Cancun round trip with tax included, you don’t get that in the market, and we will be able to do that with Viva while being profitable because of our low cost base.

Have you flown with Viva in the past? How was your experience? Let us know in the comments.