A Boeing 737 aircraft operated a special celebration flight in Italy last week to mark Netflix’s launch of Part 5 of Money Heist, a crime drama television series that is marketed as La Casa Di Carta in Italy. Simple Flying brings you the photos of this special livery from Skubin Design, the aircraft graphics design company that painted the plane.

The Boeing 737-400 aircraft wore the special La Casa Di Carta livery for this one celebration flight only. Photo: Skubin Design

Money Heist, the most-watched non-English-language series on Netflix, is hugely popular in Italy, where it is called La Casa Di Carta.

To celebrate the release of Part 5 of the series earlier last week, Netflix chartered a special flight from Air Horizont, a charter airline from Malta that is based in the Italian airport of Forlì in Tuscany. Forlì is a small airport with passenger numbers being only a fraction of those of nearby Bologna Airport or Florence Airport.

Air Horizont has a fleet of six Boeing 737-400 aircraft, and one of these, 9H-AMW, was used for this chartered Netflix flight. 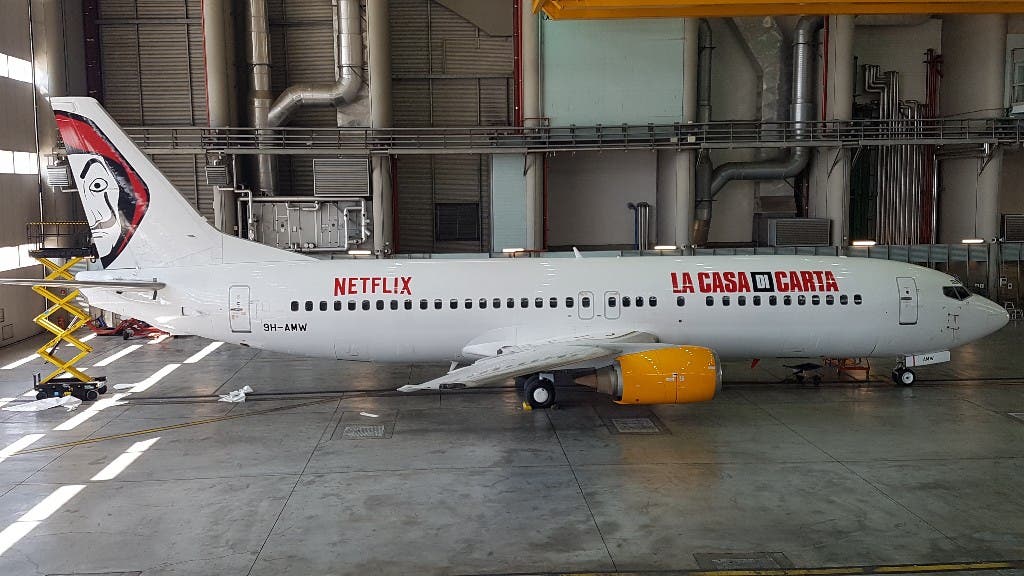 The aircraft had this livery for just 48 hours, so the company dubbed this as one of the shortest liveries ever seen. Because no other aircraft has been or will be painted like this, that may well be true. 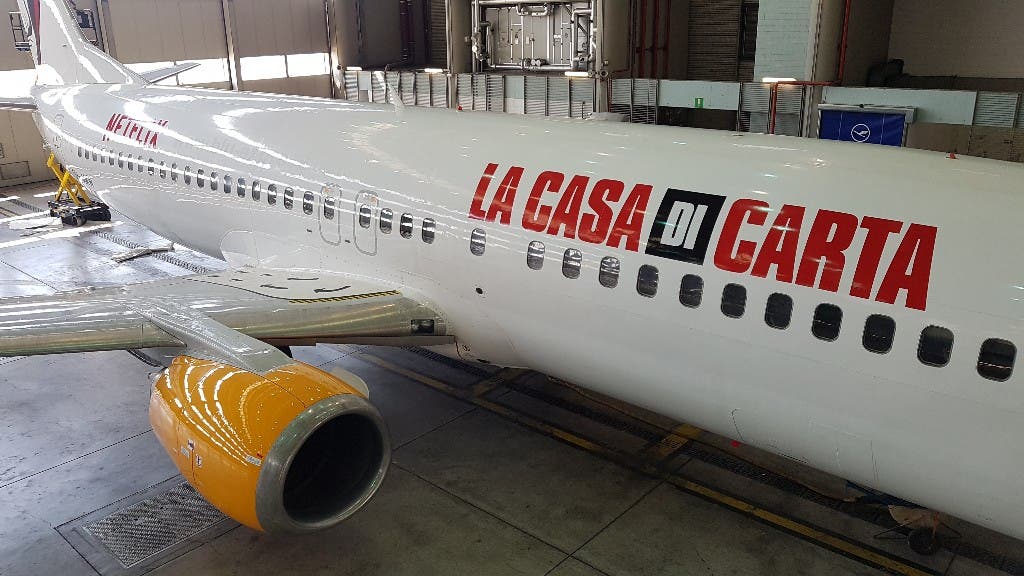 The aircraft only had this livery for 48 hours. Photo: Skubin Design

The celebration flight chartered by Netflix did not just advertise Money Heist; it also premiered it. Onboard the flight, which took place on 3 September in the morning, the series was actually streamed while the aircraft was in the air, World Airline News reports. The 100 passengers on board watched the series via iPads that were provided.

The aircraft took off from Genoa Airport (GOA) at 08:30 and landed back there just after 13:00 local time, flying for a total of over four and a half hours, our data from RadarBox.com shows.

During this time, the aircraft made three rotations over the Tyrrhenian Sea, and it passed over the Ligurian Sea to depart from Genoa and to land back there. 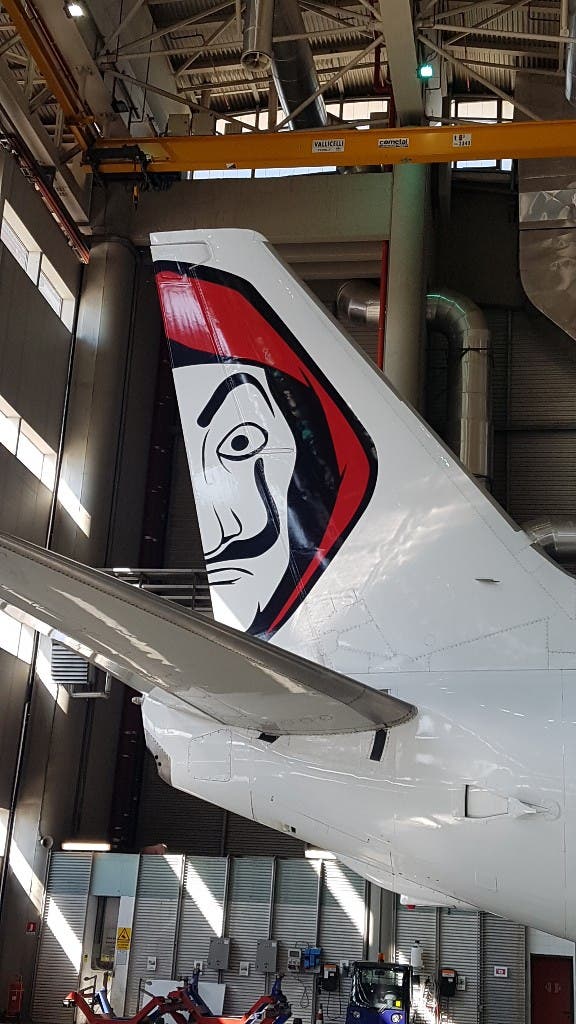 The tail was painted with a recognisable Money Heist symbol. Photo: Skubin Design

After it landed, the aircraft bearing this special livery returned to Milan Malpensa (MXP) the same day. Malpensa is where the aircraft came from the night before because this is where it is based to operate charter flights for holidaymakers within Italy.

This Boeing 737 aircraft has previously also flown for Wizz Air while the Hungary-based airline faced a shortage of staff to operate all the flights it had put on during the summer of 2021.

What do you think of Netflix chartering a Boeing 737 aircraft and painting it in a special livery to celebrate Part 5 of Money Heist? Let us know what you think of this story in the comments below.

Did you miss our previous article…
https://www.revlx.co/?p=319