Authorities in New Delhi continue to hand out notices to international airlines for violating COVID-related guidelines for arriving overseas passengers. The latest carriers to have been asked for explanation are two of the ME3 airlines – Etihad Airways and Qatar Airways. There are different protocols for airlines arriving from “at-risk” and “not at risk” countries, and it’s mainly the carriers from the second category of nations that have come under the scanner.

The New Delhi district authorities issued notices to two more carriers this week. On Monday, Etihad Airways was asked to clarify the reason for its alleged violation of COVID norms at the airport. The notice stated that the airline failed to randomly test 2% of passengers on two flights that landed in Delhi on Sunday and Monday. The notice to Etihad stated,

“A sub-section (2 percent of the total flight passengers) will undergo post-arrival testing at random at the airport on arrival. The 2 percent of such travelers in each flight will be identified by the concerned airline (preferably from different countries). It has come to notice that the above directions were not followed by you.”

Qatar Airways was also issued a similar notice for the same violation for a flight that arrived from Doha’s Hamad International Airport on Tuesday. The station masters for both airlines have been asked for an explanation. 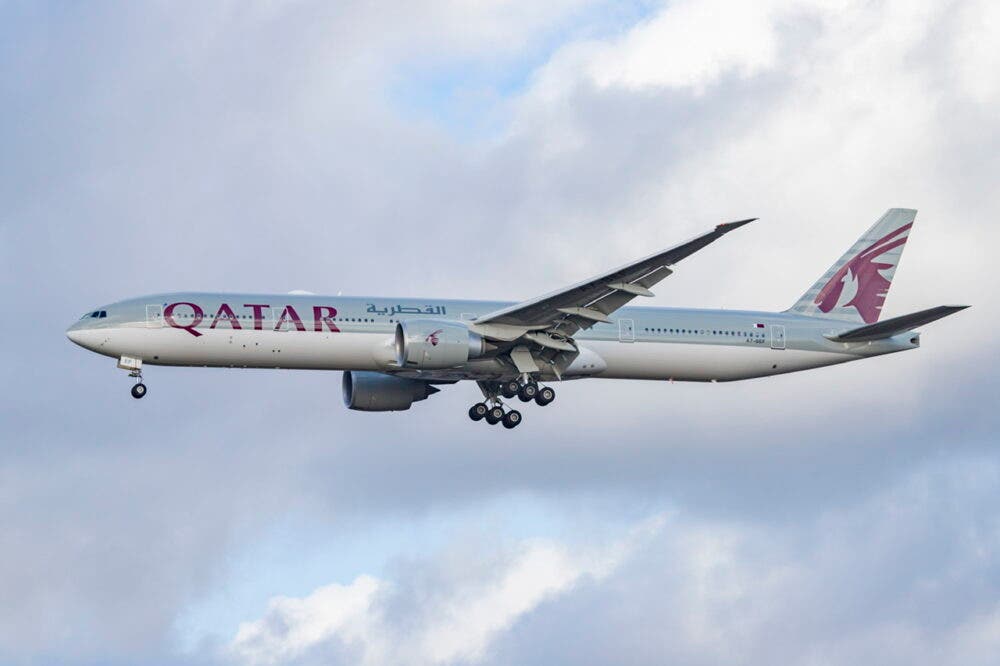 Qatar Airways was issued a notice for not randomly testing 2% of passengers on its flight that landed in Delhi on Tuesday. Photo: Getty Images

Earlier, three other airlines – American Airlines, Air India, and Mahan Air – were also pulled up for failing to adhere to COVID protocols upon arrival.

In the wake of the Omicron variant of COVID-19, the government of India has identified a list of “at-risk” countries, some of which are South Africa, Botswana, Hong Kong, the UK, Israel, and Zimbabwe. Passengers originating or transiting from these places will have to take an on-arrival COVID test and leave only after a confirmed negative result. Further, they need to home-quarantine for seven days and undergo another test on the eighth day.

The rules for passengers from “not at risk” countries – including the US, Canada, and the UAE – are more relaxed, but airlines from such nations have been asked to test 2% of passengers on the flight randomly. Previously, American Airlines and now Etihad and Qatar have been identified as carriers not sticking to the 2% rule.

Earlier, American Airlines was also under the scanner for the same violation. The carrier later issued a statement clarifying its position. Photo: Getty Images

Delhi airport has become even more vigilant after testing its first Omicron case on December 5th – a passenger arriving from Tanzania. Since then, it has increased the testing capacity at the premises to reduce chaos and smoothen the process.

The airport officials are also keeping a close eye on “at-risk” passengers who are not following the seven-day quarantine rule. A Hindustan Times report published the statement of an airport official, stating,

“District administration and Delhi police have been asked to verify and report the status of people under mandatory home quarantine. If they are found flouting the Covid-19 protocol, then action will be taken against them.”

Airlines and passengers have had to adapt a great deal in the last two years when crossing international borders. While one wishes for smoother airport transitions of the pre-COVID days, it seems that the pandemic-related protocols are here to stay for the time being.