Yesterday, an Azul ATR-72 was lifted by extreme winds of over 148 km/h (80 knots) while parked at Maringá Airport in the Brazilian state of Paraná, near the border with Paraguay. Let’s investigate further.

What happened at Maringá Airport?

On Wednesday, September 8, the Regional Airport of Maringá registered strong winds of nearly 150 kilometers per hour.

According to meteorological reports, the Brazilian state of Paraná is currently facing a cold front associated with an extratropical cyclone. This has led to extreme winds, heavy rains, and thunderstorms.

Yesterday, one of those strong winds caught a parked Azul ATR-72, registration PR-TKJ. We can see how the wind is slowly moving the aircraft and its six-bladed propellers on several videos on social media.

The regional newspaper UOL got a statement from Maringá Airport, which stated that Azul had to cancel a flight to São Paulo’s Campinas International Airport due to the storm. It added,

“The aircraft was alone, without passengers. Due to the circumstances faced by the strong winds, the airplane entered into a preventive maintenance routine to check for possible failures. Azul put all the passengers on subsequent flights.”

The aircraft owner is Nordic Aviation Capital, a lessor. Azul has the ATR-72 leased until 2025, at least. It currently has a market value of approximately US$9.5 million, according to Collateral Verifications LLC.

Prior to flying with Azul Linhas Aereas, PR-TKJ served with the Brazilian carrier TRIP Linhas Aereas. This small carrier was founded in 1998 and merged with Azul in 2014.

During the last year, PR-TKJ has been averaging 138.7 monthly flight hours, according to Radarbox.com. It flies approximately 6.2 hours per day, and its main base is Viracopos International Airport. 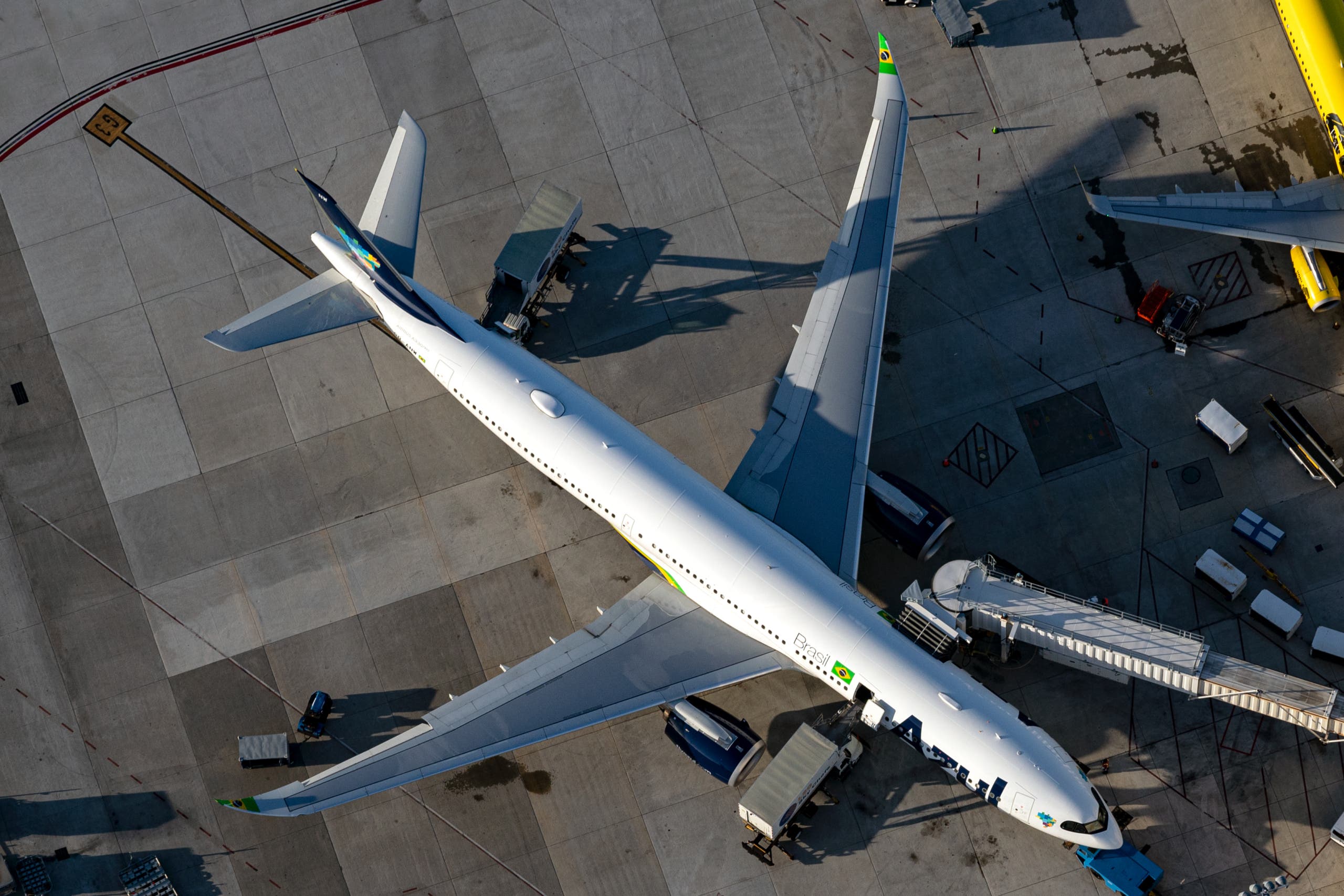 Azul Linhas Aéreas is Brazil’s main domestic airline. It has approximately 38% of the Brazilian market share and has surpassed GOL and LATAM in the last year.

The airline currently has a fleet of 178 aircraft, including several subleased planes and some Cessna turboprops.

Azul subleases 15 planes to 15 different companies. TAP Portugal has 11, Breeze Airways has three, and the Brazilian state of Minas Gerais has one.

The ATR fleet is a bit older than the average, approximately 7.6 years old. We believe Azul could very well renew its ATR planes with the incoming Embraer Next Generation Turboprop.

Are you impressed with the strong winds at Maringá Airport? Let us know in the comments below.