Recently, a US-Brazilian company called NELLA Airlines Group bought the Bolivian airline Amaszonas in an attempt to financially reorganize it, relaunch it, and turn it into a sustainable carrier in South America. In the mid-term, the new Amaszonas aims to have 26 international routes across the continent. What else do we know? Let’s investigate further.

The acquisition of Amaszonas by NELLA

Amaszonas is a Bolivian airline that started flying in the year 2000. According to ch-aviation, Amaszonas has a fleet of 15 aircraft. It is composed of one CRJ100LR, six CRJ200LR, two DHC-8-200, and six Embraer ERJ190.

Up to November 2020, Amaszonas also had a branch in Uruguay, but it has since ceased operations.

In the meantime, the Bolivian Amaszonas also faced economic difficulties that led to an almost cease of operations. Amaszonas is currently operating 496 monthly flights on four domestic and two international routes to Chile and Paraguay, according to Cirium. Two years ago, the airline had 15 routes and 1,222 monthly flights.

When everyone was expecting Amaszonas to disappear, NELLA Airlines Group arrived. Last month, the company announced, 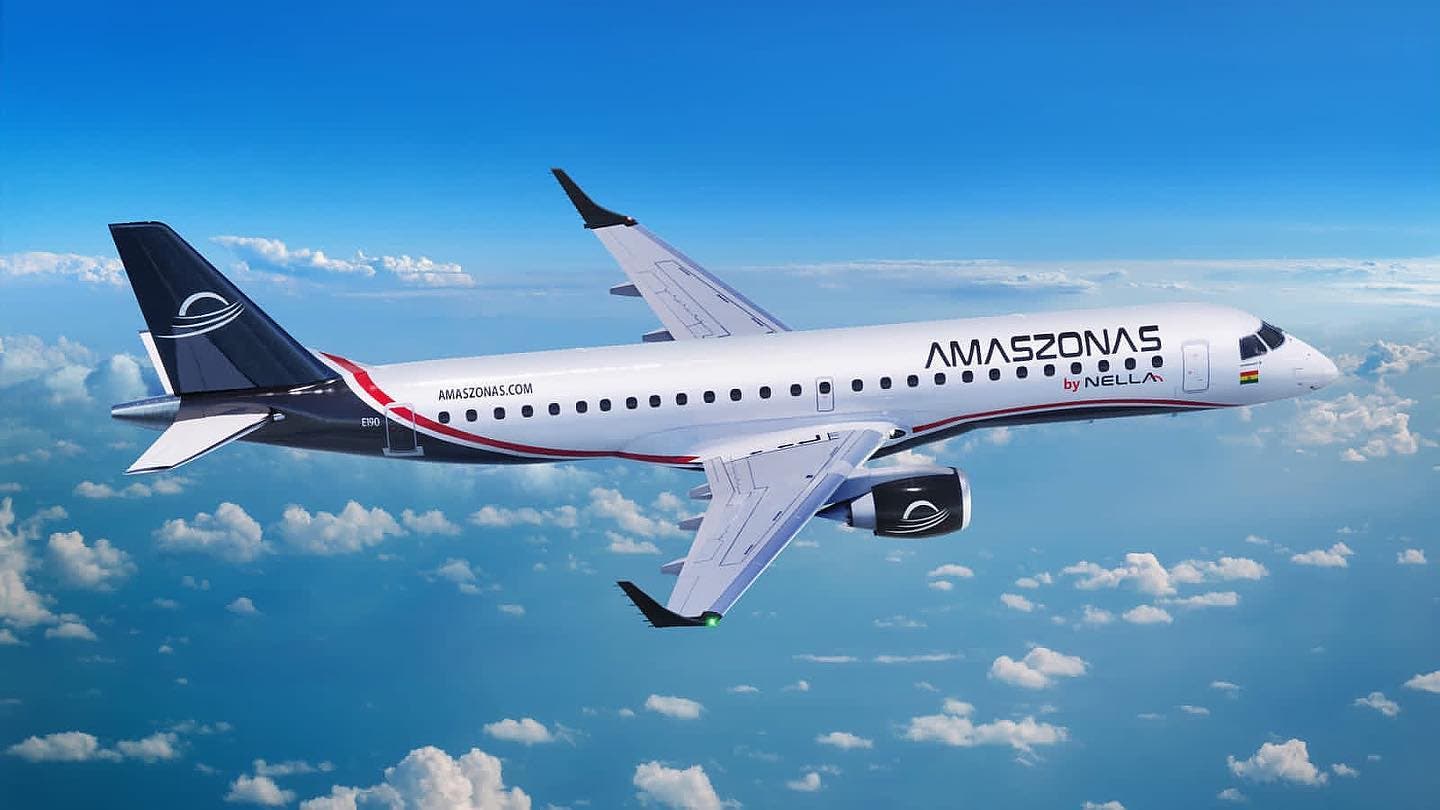 This is the new look of Amaszonas by NELLA. Photo: NELLA Airlines Group

Why acquire this airline?

According to Mauricio Souza, the new Amaszonas CEO, NELLA invested US$50 million in acquiring Amaszonas. In an interview with the local newspaper El Deber, Souza said that Amaszonas will find a new future and create more jobs.

Amaszonas by NELLA would also try to compete against the monopolistic grip held by Boliviana de Aviación in Bolivia. But that’s in the long run; the first objective is to reorganize the company. Souza added,

“The domestic market is very good; we all have been surprised. We have an 87% load factor in the routes we currently have, like La Paz-Santa Cruz.”

With Amaszonas’ acquisition, NELLA proceeds to perform in a market with four million passengers per year before the pandemic. By June 2021, the Bolivian market had recovered 78% of that demand, NELLA said. 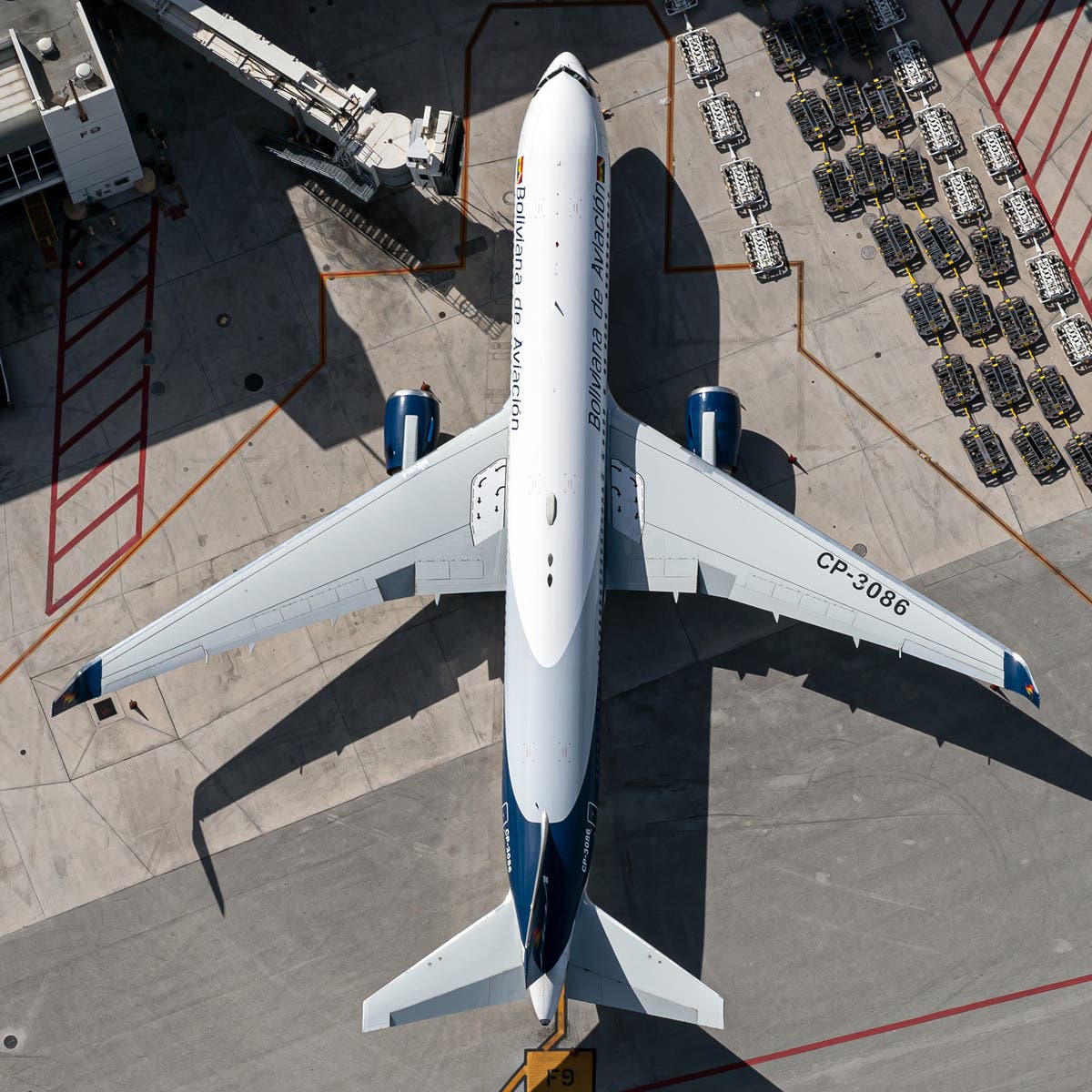 What about the international expansion?

NELLA is also aiming at an international expansion from Bolivia. The company wants to build a strong hub out of Santa Cruz de la Sierra, said Souza.

“We, as a group, are aiming at connectivity throughout Latin America. We will have 26 new routes, which is three times more than what we currently have.” Unfortunately, he didn’t point out which destinations Amaszonas would fly to.

If we look at Bolivia’s international market, there isn’t much at the moment. Monthly, Bolivia has 443 international flights with 76,454 seats available, according to Cirium’s database. Only six airlines have international connections out of Bolivia. These are Avianca, LATAM, Boliviana de Aviación, Copa Airlines, Air Europa, and Amaszonas.

Bolivia still has to recover 60.6% of its international connectivity, compared to September 2019, and 54.5% of the available seats.

NELLA is a Brazilian airline with US investors. Photo: NELLA Airlines Group

Last year, there were talks regarding two new startups launching operations in Brazil. One was Itapemirim Transportes Aéreos, a carrier that has already started flying. The other one was NELLA Airlines. Its value proposition was to connect remote cities throughout the country.

By the end of November 2020, it was reported that Brazil’s Central Bank approved NELLA’s registration. The interesting part about the airline is that it would be the first Brazilian carrier wholly owned by foreign investors. The registration of NELLA is in Delaware, in the US.

Nevertheless, the airline is yet to have a fleet in Brazil. It hasn’t operated any flights yet, and its website isn’t too helpful.

Have you flown before with Amaszonas? How was it? Let us know in the comments.